Fundamental of Resistors and their characteristics

A package of material which exhibits a certain resistance made up into a single unit is called a resistor. Different res. having the same resistance value my be different in physical size and construction depending on its power and applications.

When current flows through a res., it causes the conductor to become heated up. CFR that are needed to carry large current must be physically big enough so that the heat can be radiated quickly to the surrounding air or else it may melt or burn. Therefore, the study of the power derating of the res. is important.

Unit of resistance is ohms, the symbol for ohm is an omega. Res. values are normally shown using colored bands. Each color represents a number as shown in the table below. 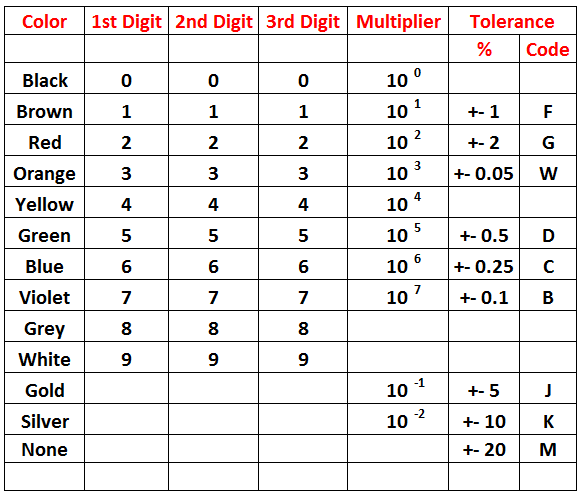 This means that the value of the res. is 15k ohm with a tolerance of 5%.

Electrical energy is converted to heat when current flows through a res. Usually the effect is negligible, but if the resistance is low (or the voltage across the res. high) a large current may pass making the res. become noticeably warm. The res. must be able to withstand the heating effect and res. have power ratings to show this.

a) Keep the rated power and ambient temperature within the specified derating curve. When positioning and mounting Carbon Film Resistors, make allowance for the effect of heat generated through close contact between the res. and neighboring components and for the temperature rise of adjacent heat-generating components.

b) If a transient load (heavy load in a short time) like a pulse is expected to be applied, check and evaluate the operations of the res. when installed in your products before use. When applying pulses to the res., keep the pulse peak within the rated voltage.


Back To Resistors Home Page